Copa Airlines was founded in 1947 as the National Airline of Panama. In 1992 Copa Airlines began operating from the first Panamanian headquarters for flights connecting within Latin America, creating the Hub of the Americas at Tocumen International Airport, Panama City.

Copa Airlines has continued to expand their network, and now serves over 80 destinations in 32 Countries. Copa Airlines is a Star Alliance member and is represented in New Zealand by Discover the World. 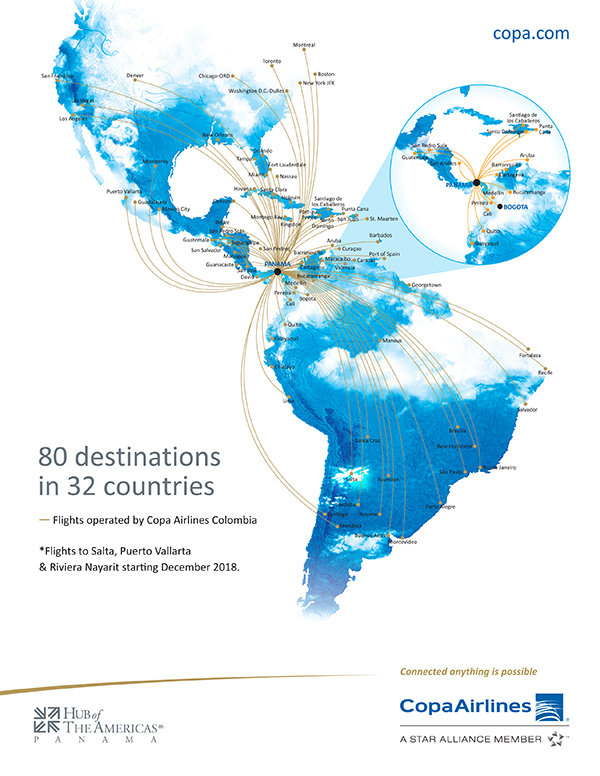