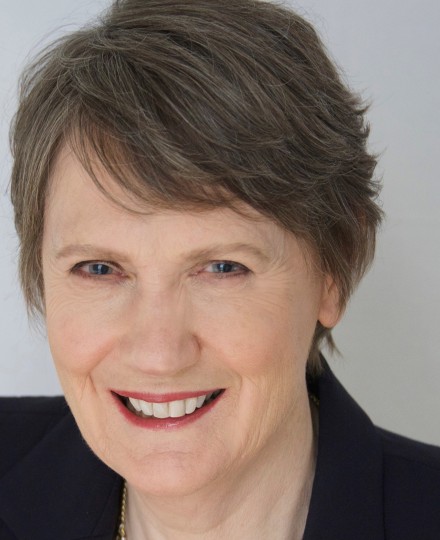 Helen Clark was Prime Minister of New Zealand for three successive terms from 1999–2008.

Throughout her tenure as Prime Minister and as a Member of Parliament over 27 years, Helen Clark engaged widely in policy development and advocacy across the international, economic, social, environmental, and cultural spheres. She advocated strongly for New Zealand’s comprehensive programme on sustainability and for tackling the problems of climate change. She was an active leader of her country’s foreign relations, engaging in a wide range of international issues.

In April 2009, Helen Clark became Administrator of the United Nations Development Programme (UNDP). She was the first woman to lead the organisation, and served two terms there. At the same time, she was also Chair of the United Nations Development Group, a committee consisting of all UN funds, programmes, agencies, and departments working on development issues. As Administrator, she led UNDP to be ranked the most transparent global development organisation. She completed her tenure in 2017.

Helen Clark came to the role of Prime Minister after an extensive parliamentary and ministerial career. Prior to being elected to the New Zealand Parliament in 1981, Helen Clark taught in the Political Studies Department of the University of Auckland, from which she earlier graduated with her BA and MA (Hons) degrees.

Helen continues to be a strong voice for sustainable development, climate action, gender equality and women’s leadership, peace and justice, and action on pressing global health issues. In July 2020, she was appointed by the Director-General of the World Health Organisation as a Co-Chair of the Independent Panel for Pandemic Preparedness and Response, called for by the World Health Assembly, which will report in May this year. She chairs the boards of the Extractive Industries Transparency Organisation, the Partnership for Maternal, Newborn and Child Health, and of other public good organisations and initiatives.

Helen Clark has interacted with Latin America extensively throughout her career, visiting officially - as Prime Minister and later as UNDP Administrator - and privately on many occasions. A highlight was in 2001 when she led a major New Zealand official, business, and cultural delegation to the region. 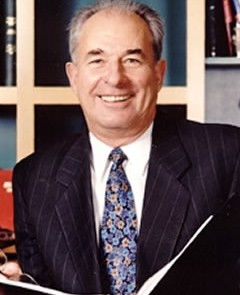 Sir Donald McKinnon served as the Commonwealth Secretary-General from 2000 to 2008. He is a former Deputy Prime Minister and Minister of Foreign Affairs, and has also served as Leader of the House and Minister of Pacific Island Affairs.

Sir Don was named Foreign Minister of the Year by a World Economic Forum publication in 1998 and was nominated for a Nobel Peace Prize for his work in bringing about a peaceful resolution to the decade-long civil war on Bougainville in Papua New Guinea.

He sat on the Board of Advisors of the Global Panel Foundation and was an Associate with the Aspen Atlantic Group in Washington DC.  Sir Don is also Patron of the New Zealand War Graves Trust, the Rutherford Foundations and Trustee of Asia Foundation.  He has also been CEO of the Auckland War Memorial Museum and the Chair of Regional Facilities Auckland and is now the chair of the New Zealand China Council.

The New Zealand Government awarded him its highest honour, the “Order of New Zealand” ONZ and Queen Elizabeth II awarded Don McKinnon a Knighthood being the Knight Grand Cross of the Victorian Order G.C.V.O.